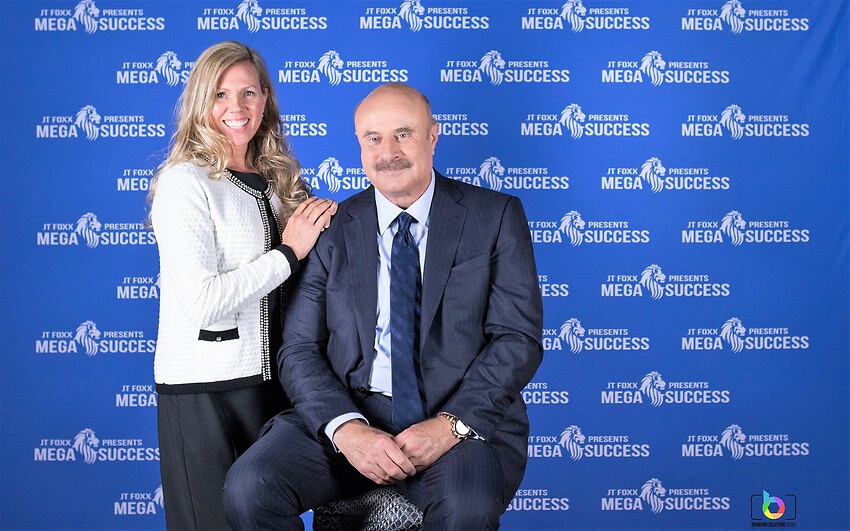 Earlier this year I had the wonderful opportunity to share stage with Dr Phil. Dr Phil was in an excellent mood since he had just been signed up for another 5 years contract for his TV-show “Dr Phil”. He was so happy about the long contract because in the very volatile media market you should be happy to get a 6 months contract for a TV-show. The TV companies normally don’t want to get tied up in contracts for TV-shows, if the audience changes preferences then the TV companies want to quickly terminate the show and try something new to retain the audience.

Dr Phil is a very wise man, and I think that one of the stronger key-take-aways from what he said that I would like to share with you is; “You are only as successful in life as you absolutely think that you deserve”.

Think about this statement for a while…

What Dr Phil meant with this statement is that if you d not have the opinion of yourself that you deserve to be successful for some reason; weather it is not in your beliefs that you can become one of those very successful people – maybe you think that “it never happens to me only to others” or you don’t believe in yourself = then you will not become successful above your own “limits of belief”.

Today I had a meeting with a man at the most prominent bank in Sweden and he told me that the former CEO of that bank had started her career at the same level as he was working right now. So, I told him that maybe he would become CEO of the bank in the future. The man responded that most likely he would not make it to that level but at least he was hoping to take some more steps in his career at this bank. I told him that he should never say these words out loud again about him not having a chance of becoming successful enough to reach the CEO-level; because when he says those words then his brain hears them and makes a “note” about the fact that he cannot become CEO – and his subconscious will start to work against him having great success.

So, to all of you out there; If you want to become successful or maybe even “greatly” successful – or why not “crazy tremendously” successful – then you must start by convincing yourself that you absolutely deserve it!