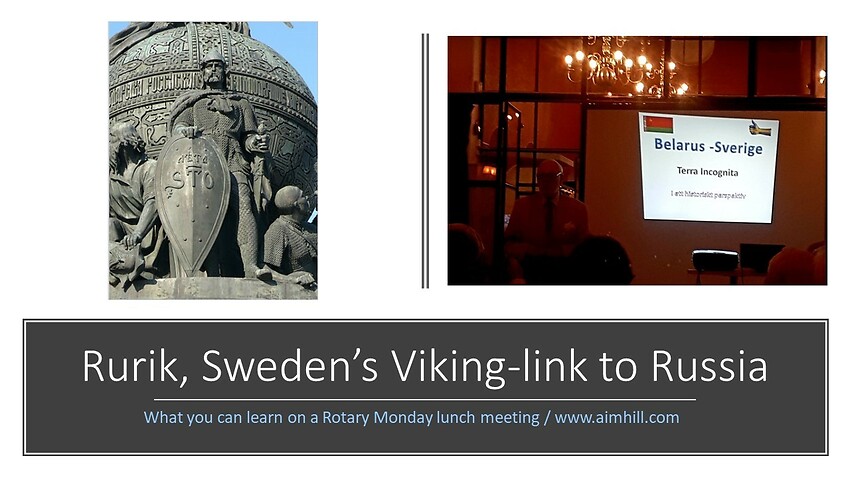 The history of the Viking Rurik resulted in the donation of another 40 Polio Vaccinations!

Yesterday, I learned at the Rotary lunch meeting, where there was a man giving this most interesting historical lecture, regarding the historical connections between Sweden and Belarus and further into the history down to Ukraine.

According to the Primary Chronicle, Rurik was a Viking and one of the Rus', a Varangian tribe likened by the chronicler to Danes, Swedes, Angles, and Gotlanders. According to the 12th-century Primary Chronicle, was a Varangian chieftain of the Rus' who in the year 862 gained control of Ladoga and built the Holmgard settlement near Novgorod. He is the founder of the Rurik Dynasty, which ruled the Kievan Rus' and its successor states, including the Grand Duchy of Moscow and the Tsardom of Russia, until the 17th century.

Besides being informed and learning about all sorts of historical things yesterday, I am also so happy to be part of contributing to the world since Rotary donated 40 Polio Vaccinations as a result of this lecture taking place.